O’Brien man of the match performance 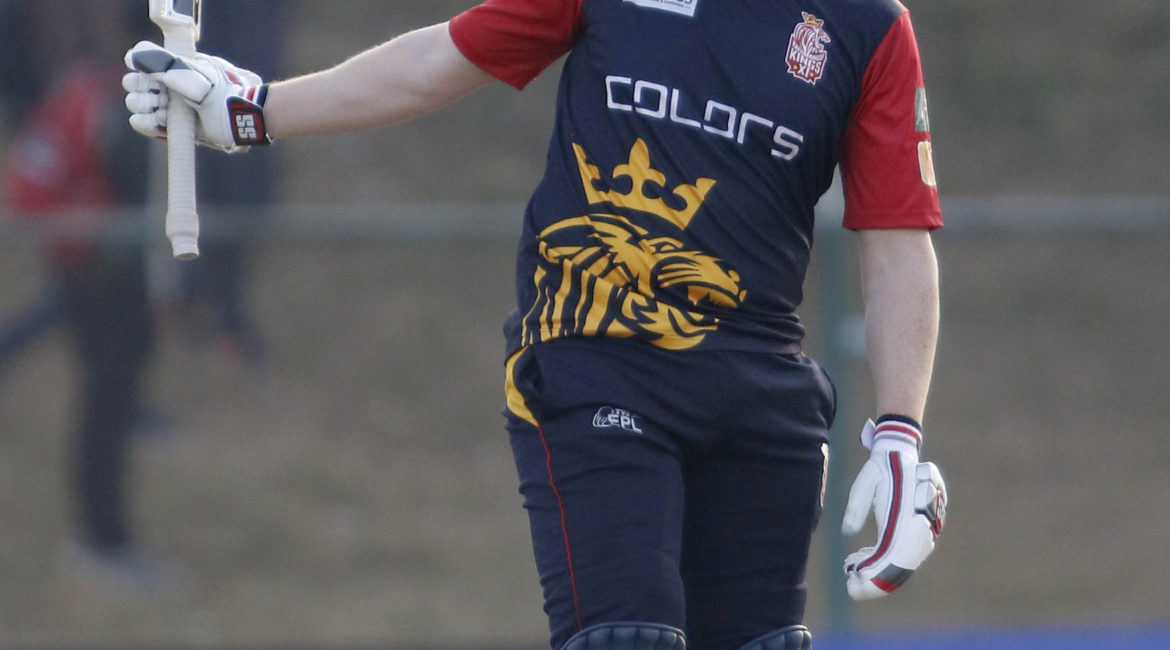 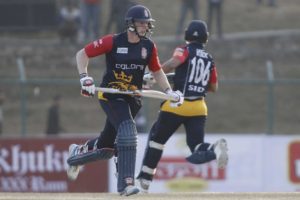 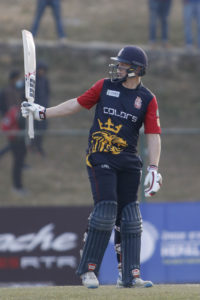 Rhinos are eliminated from the tournament after losing all four games so far in the tournament with a match to go. Four teams — Biratnagar Warriors, Bhairahawa Gladiators, Lalitpur Patriots, and Kings XI — have at least two wins in the ongoing EPL. Chitwan Tigers won today against Warriors and will face Rhinos on Saturday in the final group match for both teams.

O’Brien was unbeaten on 54 runs from 35 deliveries including four boundaries and three sixes chasing the target of 166 runs in 19.2 overs. The new captain Rohan Mustafa gave a good start opening the batting with 40 runs from 31 deliveries which included seven boundaries. Similarly, the Indian wicket-keeper batsman Subramanium Aanand played a timely cameo of 27 runs from 18 deliveries which included two sixes to put Kings Xi across the line and vie for the top spot in the league.

Bikram Sob continued his good form picking up the wickets of Amit Shrestha and Anand but didn’t get enough support from the other end barring economical spells from veteran Shakti Gauchan and Susan Bhari. Gauchan conceded 23 runs from his four overs picking up a wicket of Sagar Pun who made 18 runs in the match whereas Bhari claimed the important wicket of Mustafa conceding 24 runs in his four overs.

Earlier, Kings Xi had won the toss and elected to field in a belter of the pitch which has seen an average of 170 runs being scored and chased. New captain, Mustafa, Kings XI’s third in three games, replaced Pradeep Sahu into the playing XI as Raju Rijal was replaced by Bikram Bhusal and Amar Singh Routela came in for CK Poudel.

Richard Levi was in his usual best with a brisk start of 38 runs from 21 deliveries which included a hat-trick of sixes against Jitendra Mukhiya in his second over of the match. He was dismissed by Mustafa. Rhinos skipper Kyle Coetzer scored 37 runs from 35 deliveries and his fellow county player Paul Coughlin chipped with 37 runs. O’Brien and Bhusal shared two wickets each whereas Mustafa and Samsaad Sheikh shared a wicket each whilst limiting Rhinos to 165 runs for the loss of six wickets.

Kings XI has now won two out of three matches and will play Bhairahawa Gladiators on Saturday. Gladiators are unbeaten in the tournament with three straight wins but a loss against Kings XI will open doors for top spot finish between both the teams along with Lalitpur Patriots who are sitting comfortably on top with three wins in first four games and six points. Patriots also have a match left with Gladiators on Sunday.

An inspired spell of pave bowling from Nepal’s premium left-arm pacer Lalit Singh Bhandari has kept Chitwan Tigers’ slim chance of qualifying to playoffs after a win of five runs against Biratnagar Warriors in a match played at TU Cricket Ground during the ongoing Everest Premier League in Kirtipur on Friday.

Defending the total of 196 runs, Bhandari picked up four wickets including the key batsmen Paras Khadka and Babar Hayat. Khadka opened the innings and had raced to 19 runs from 15 deliveries which included two boundaries and a six before losing his stumps to a Bhandari full-length delivery brilliantly executed by player-of-the-match Bhandari.

Similarly, the left-arm pacer removed the former Hong Kong captain Hayat in the 17th overs. The right-handed batsman was leading Warriors to a successful chase with his 42-ball 90 runs but was caught by Sagar Dhakal in a diving effort that pulled the match into Tigers’ favor. Hayat smashed eight sixes and five boundaries during his blistering innings.

Dipendra Singh Airee then defended 18 runs in the last over despite Karan KC smashing him for two sixes in last five deliveries of the match. Before that Bhandari had removed Hari Bahadur Chauhan and Paul van Meekeren castling their stumps. Dhakal chipped with three wickets and four excellent overs conceding 24 runs given the context of the match and the run-rate throughout both innings.